In this article, we'll create a new VPC from scratch. We'll divvy up the network into two sub-networks or subnets, one public and one private in two different availability zones. Our public subnet will be open to internet traffic. On the other hand, our private subnet will filter out internet traffic. You can host sensitive code, a database or any resource that should be hidden from internet traffic. We'll accomplish this using the AWS console as well as Terraform, so you're aware of both methods. Let's get building.

Here's an architecture diagram of my setup. 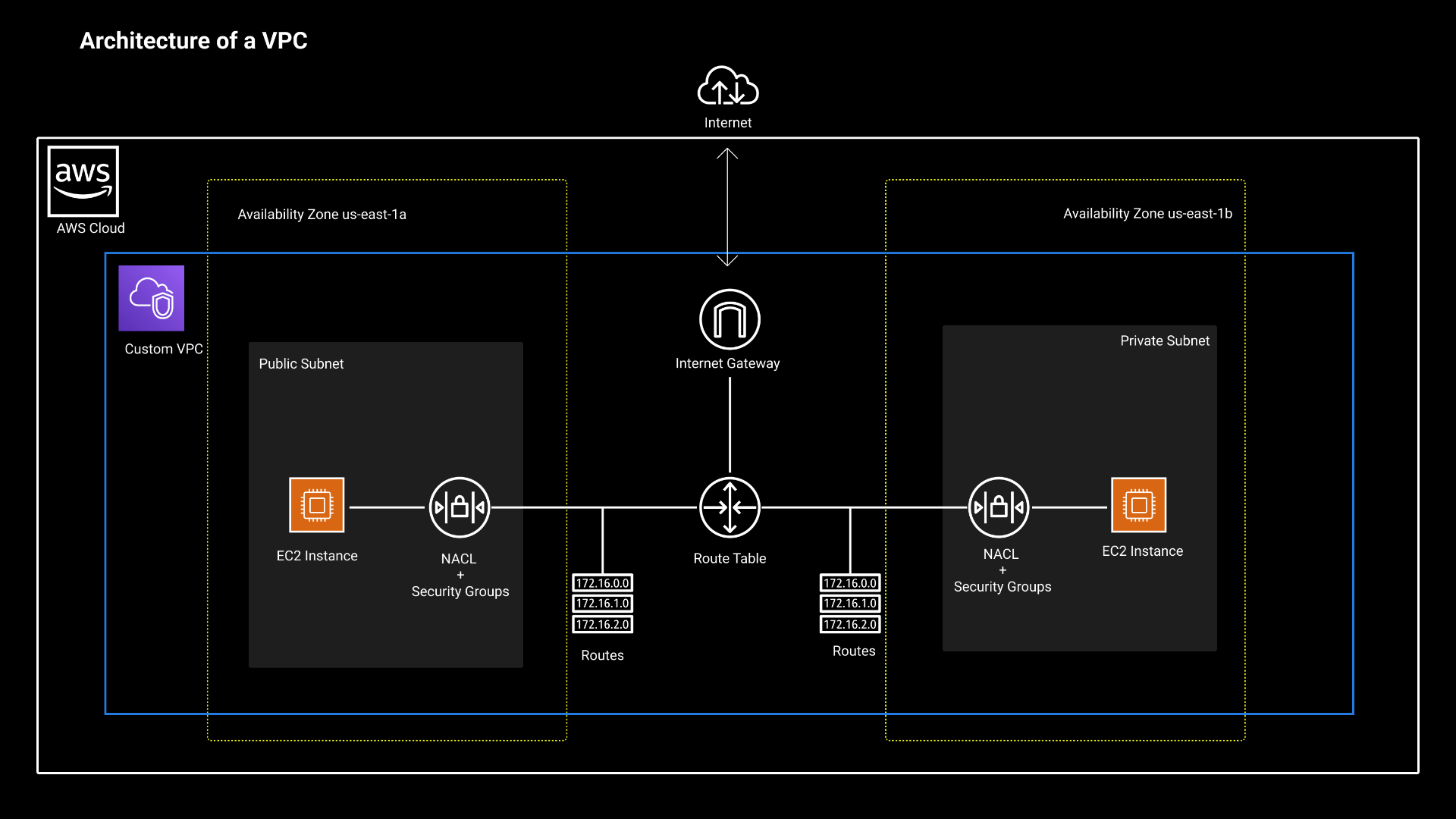 A Virtual Private Cloud, or VPC, is an internal network that is programmatically cordoned off from the rest of the larger AWS network. Inside a VPC, we add servers, databases or containers, any infrastructure our application needs. Creating versatile networks to suit any business need is an advantage of VPCs.

VPCs can operate subnets in different availability zones, control sources of traffic and carve out private sub-networks for internal or external traffic. This makes our networks resiliant and secure, which are table-stakes for running a production application today.

The entire code is available at this repo.

Note: All code snippets and screenshots in this article are up-to-date at the time of publishing. Software, languages and frameworks are in constant flux. If you notice obsolete or deprecated code, do tell.

Launching a VPC from the AWS Console

Every new AWS account comes with a default VPC that has been pre-configured by AWS. Log into your VPC dashboard of your AWS console and you'll see atleast one VPC, several subnets, a NACL (Network Access Control List), an Internet Gateway, a Route table and a Security Group. A VPC, in it's default state, is open to all incoming and outgoing traffic.

First, head to your AWS console and navigate to the VPC section. If you haven't touched this section before, it should look something like this. 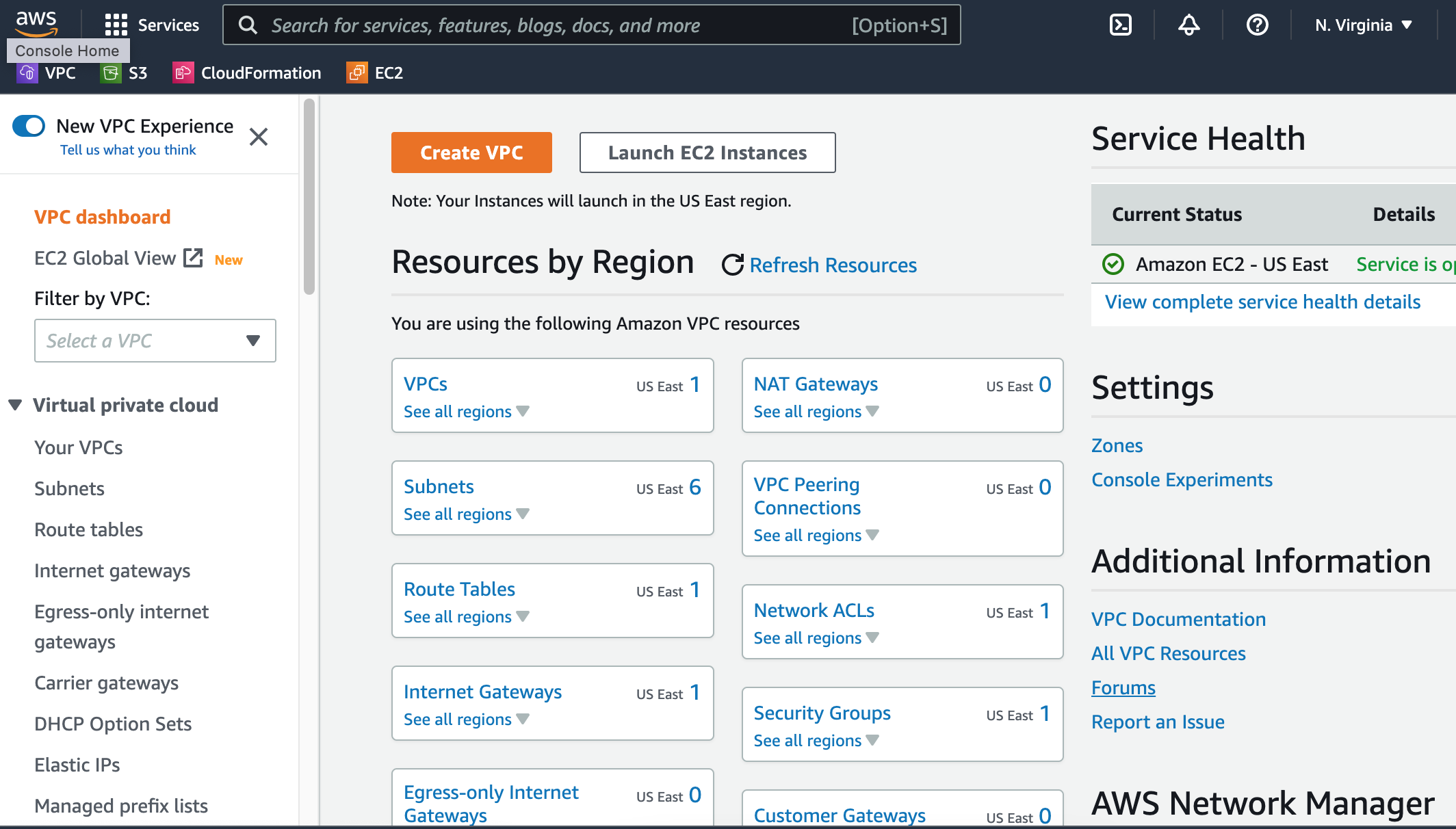 Create a new VPC with a default tenency and choose an IpV4 range of 10.0.0.0/24. This CIDR block gives us about 253 usable IPs for all our resources, enough for a simple application. Give your VPC a name you'll remember, it's easier to associate the rest of the network components with the right VPC, especially when you have more than one VPC 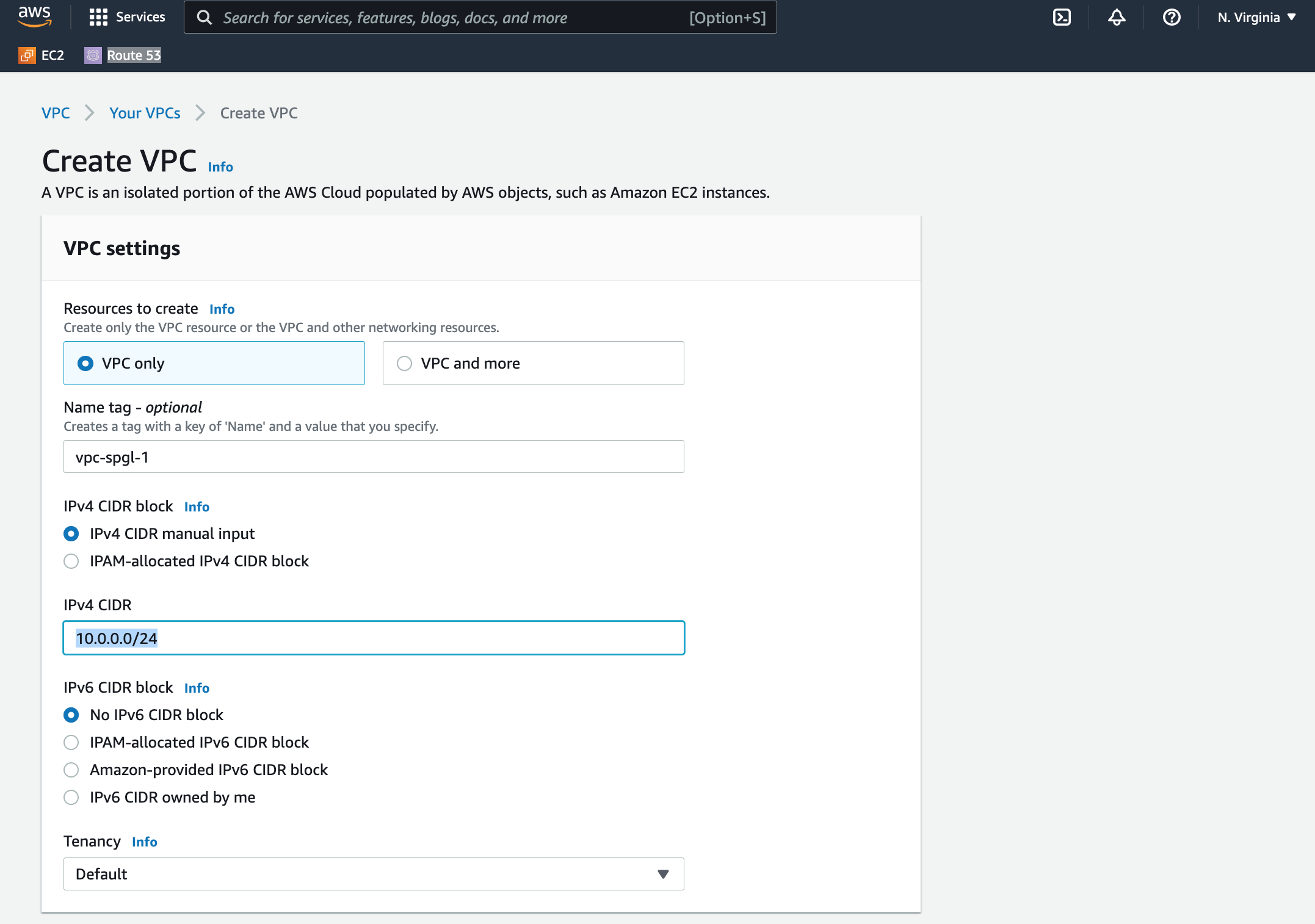 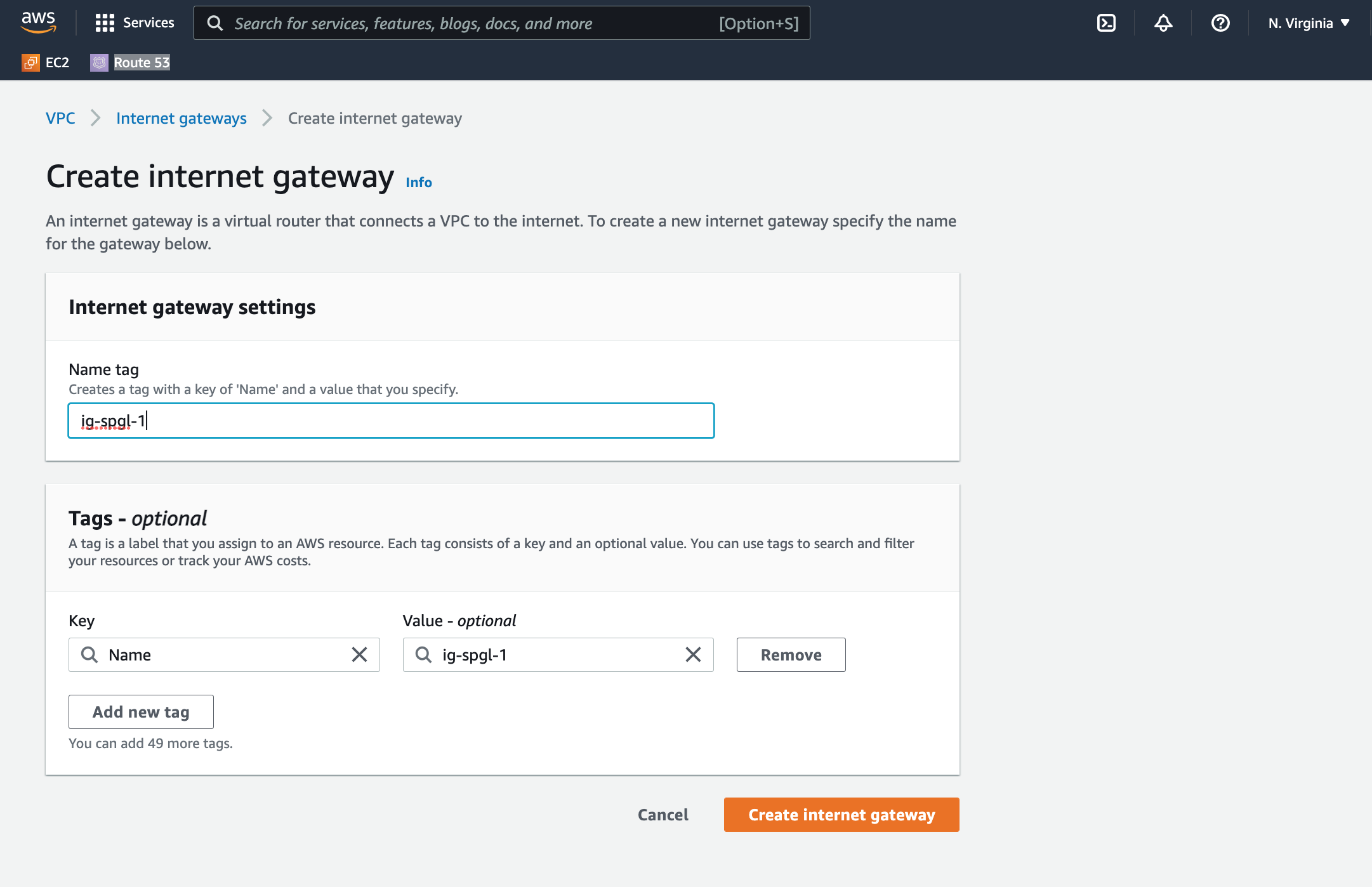 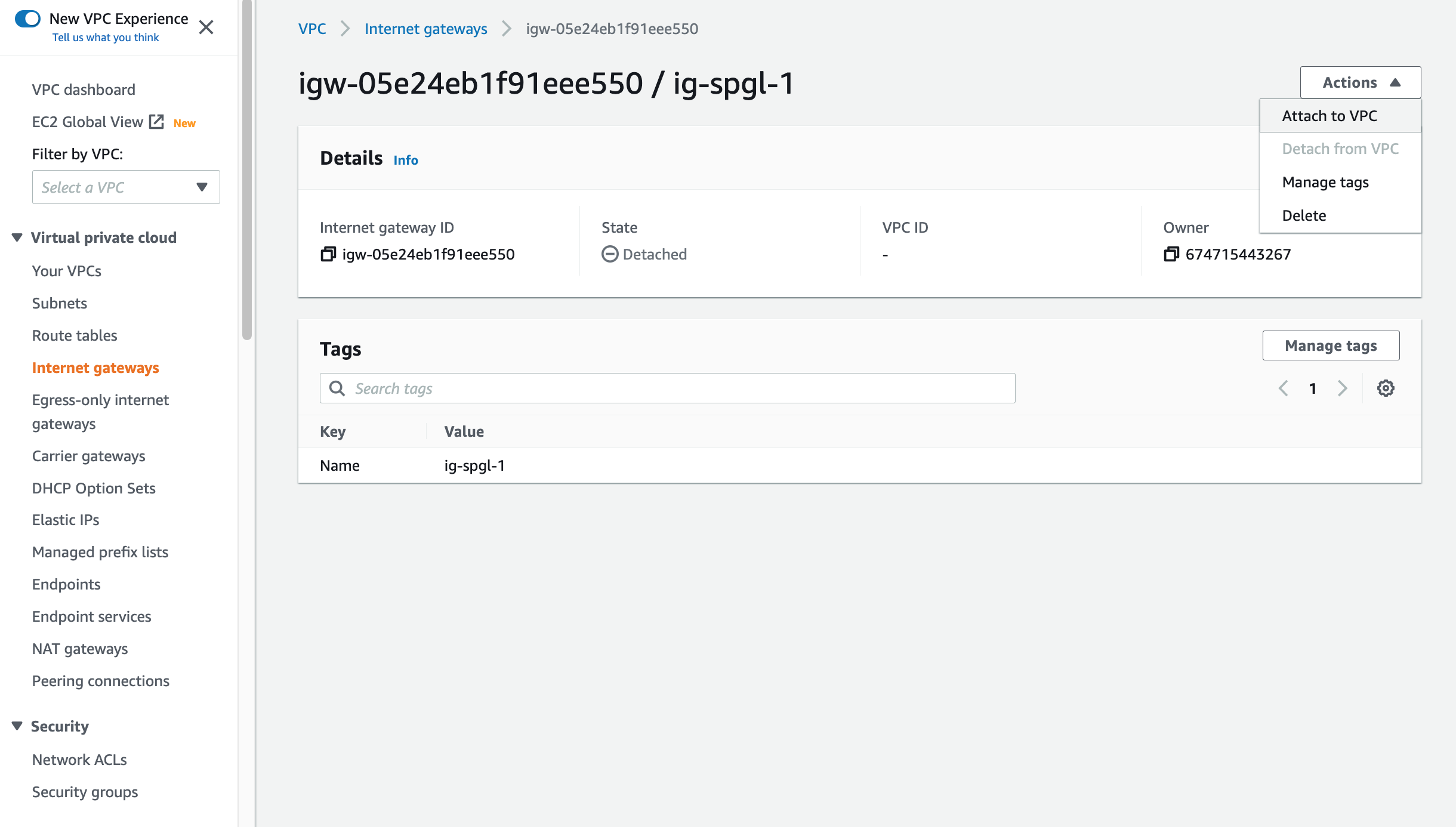 Click on the dropdown to attach it to your VPC 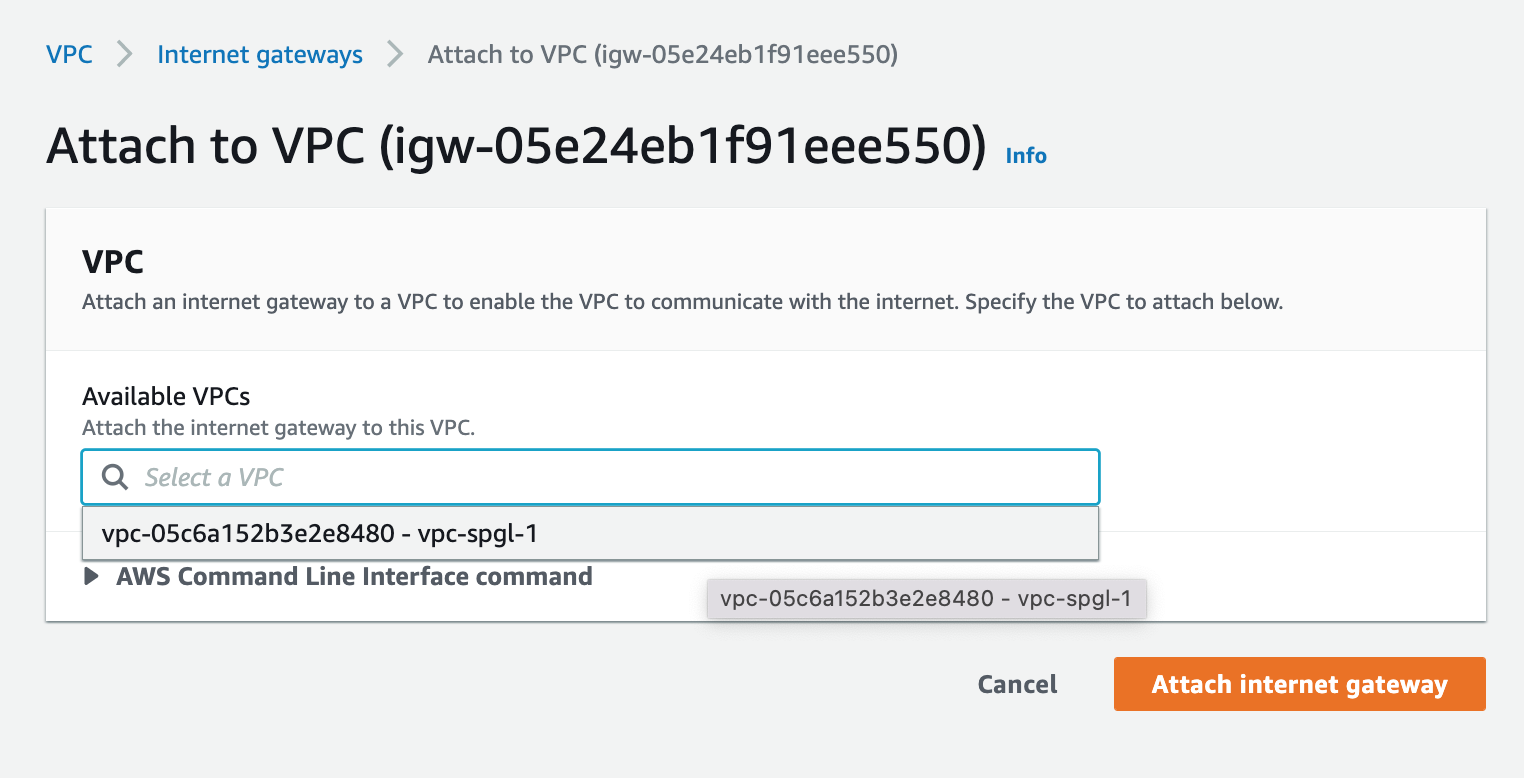 Select the VPC you just created.

A Route table, as the name suggests, is a table of routes that directs network traffic to and from a VPC. Every VPC comes with a main or default route table. You may stick with the one assigned or create a new table. We are going to locate the one attached to our VPC and edit the routes to allow internet traffic to and from the gateway we recently added. 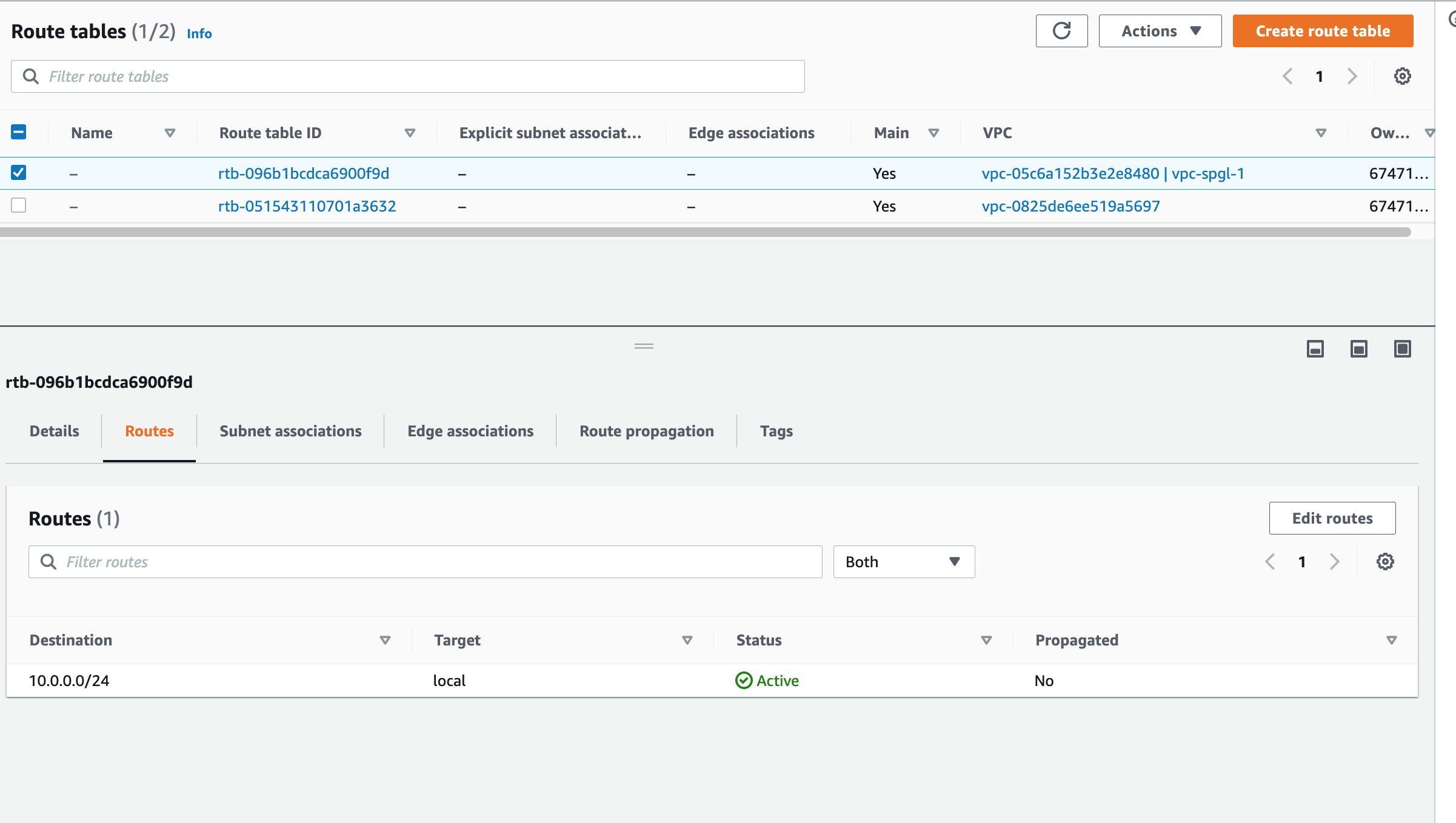 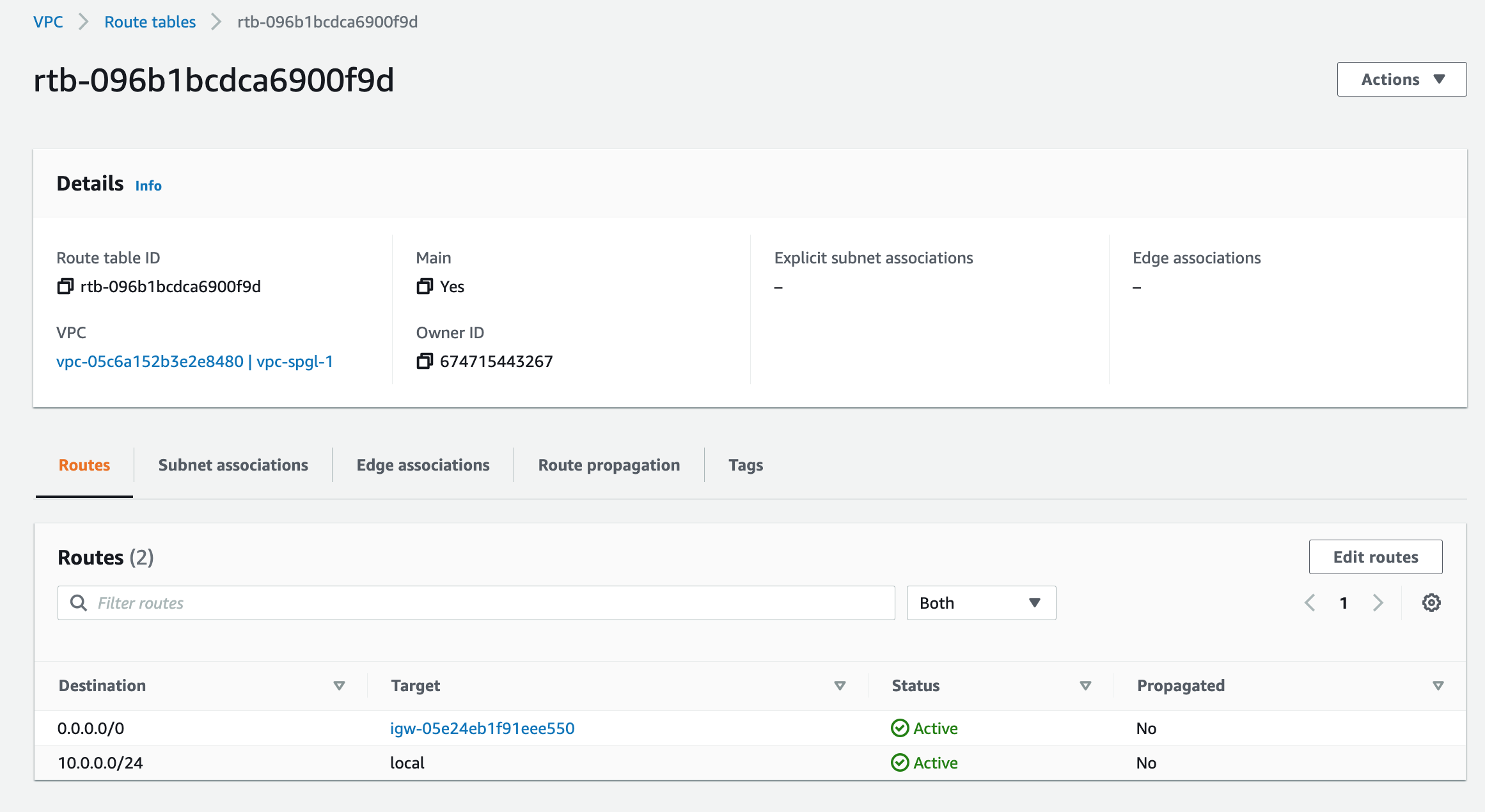 A Network Access Control List, or NACL, is a firewall for a subnet. You can choose the types of traffic (HTTP, SSH, MYSQL) you want and deny the rest.

Adding individual NACLs to each subnet gives us fine-grained control to different sections of our network. The first NACL we create will pass through SSH and Web traffic and drop everything else. You should restrict SSH traffic to and from your home or office IP. 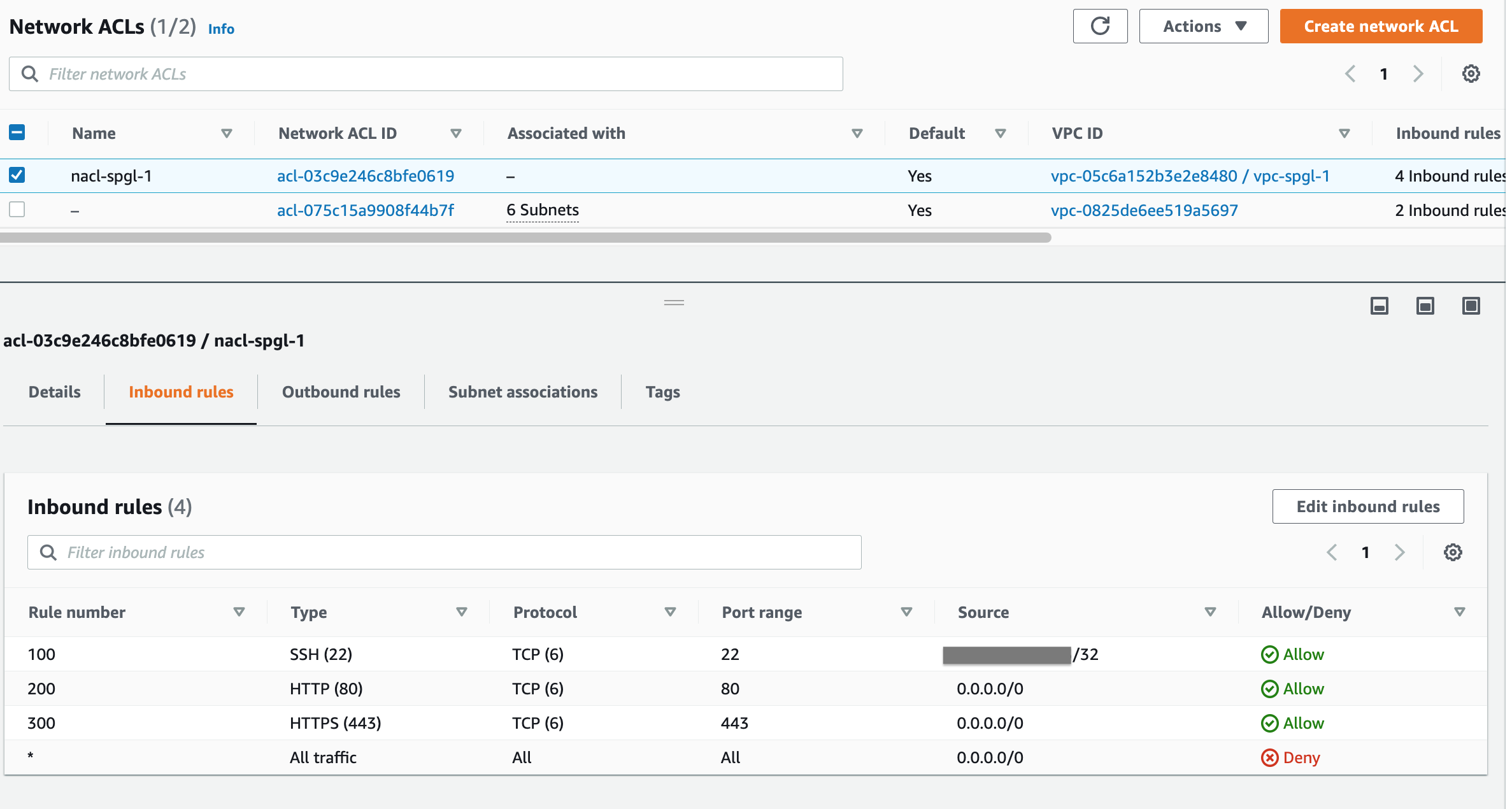 A second NACL for our private subnet will allow only Mysql traffic for now. This is a placeholder rule and we can tweak it later.

Next, create two subnets in different availability zones. Name them so that its easier to identify which zones they belong to. Edit your NACL list so that the NACLs are associated with the correct subnet. 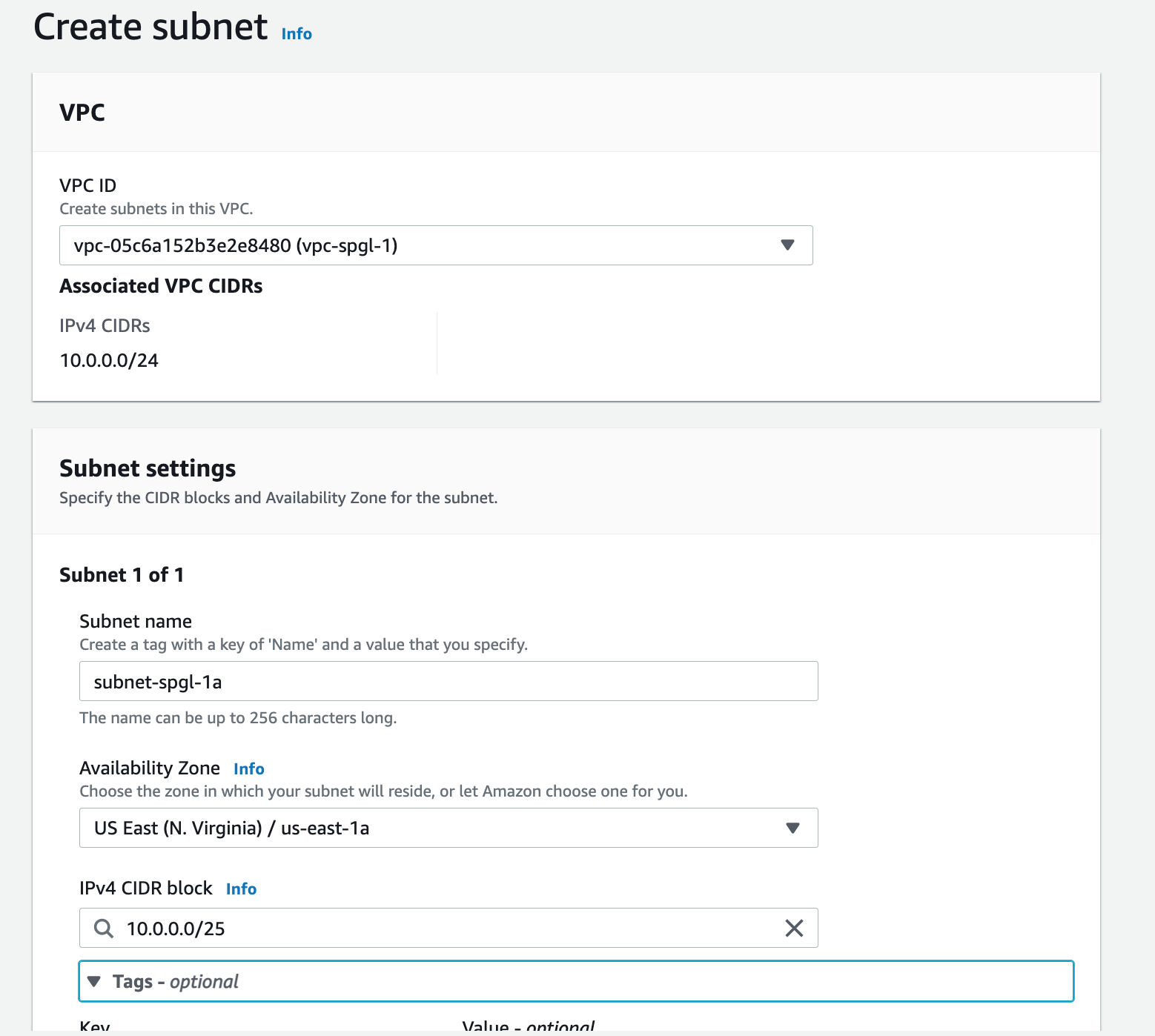 Associate your subnets with the right NACL 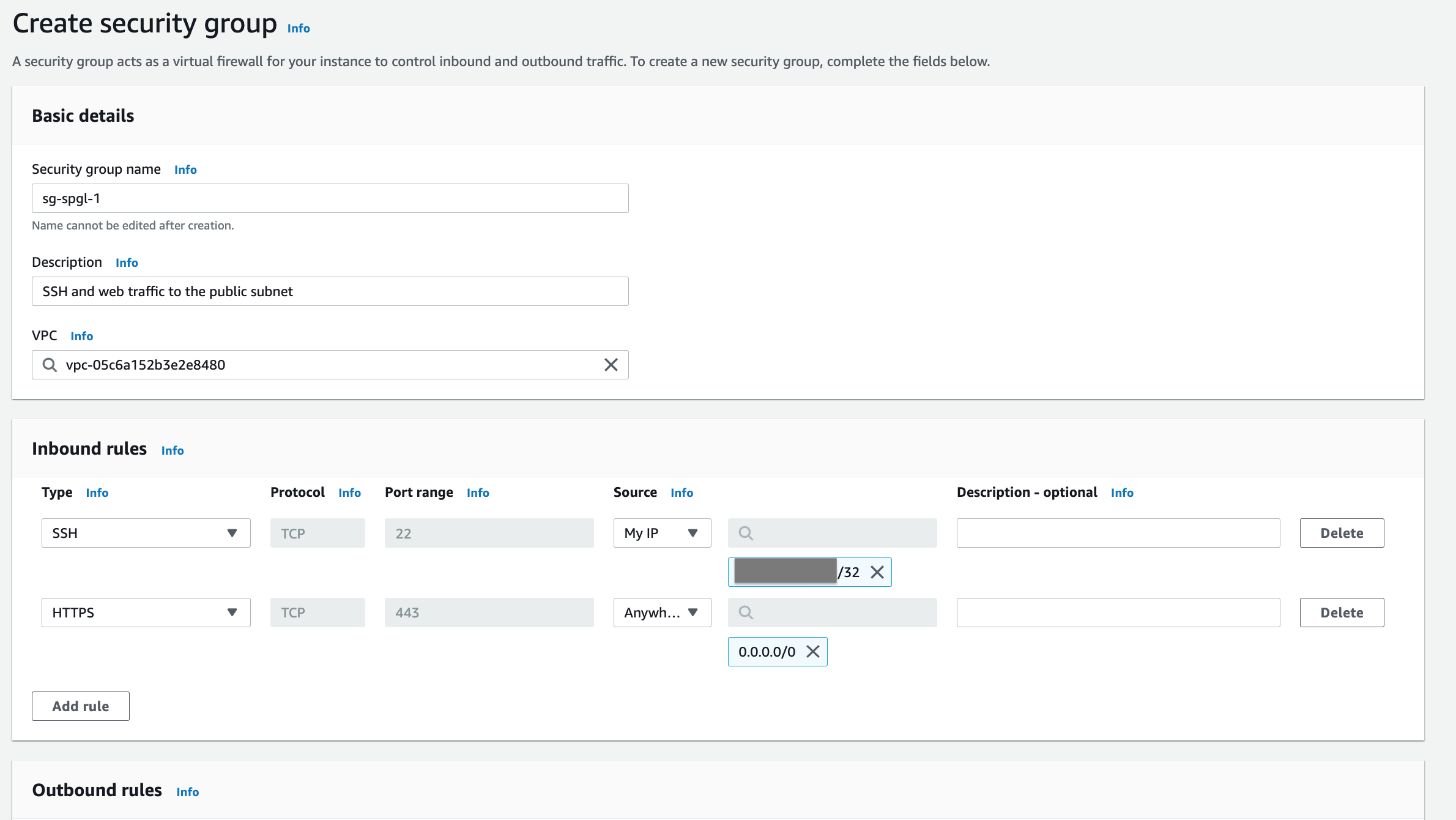 Step 7: Launch an EC2 instance in your public subnet.

And finally, launch an EC2 instance in your public subnet that can accept web traffic. More importantly, to ensure that your private subnet is truly private, launch another instance in the closed subnet. No internet traffic should get through. 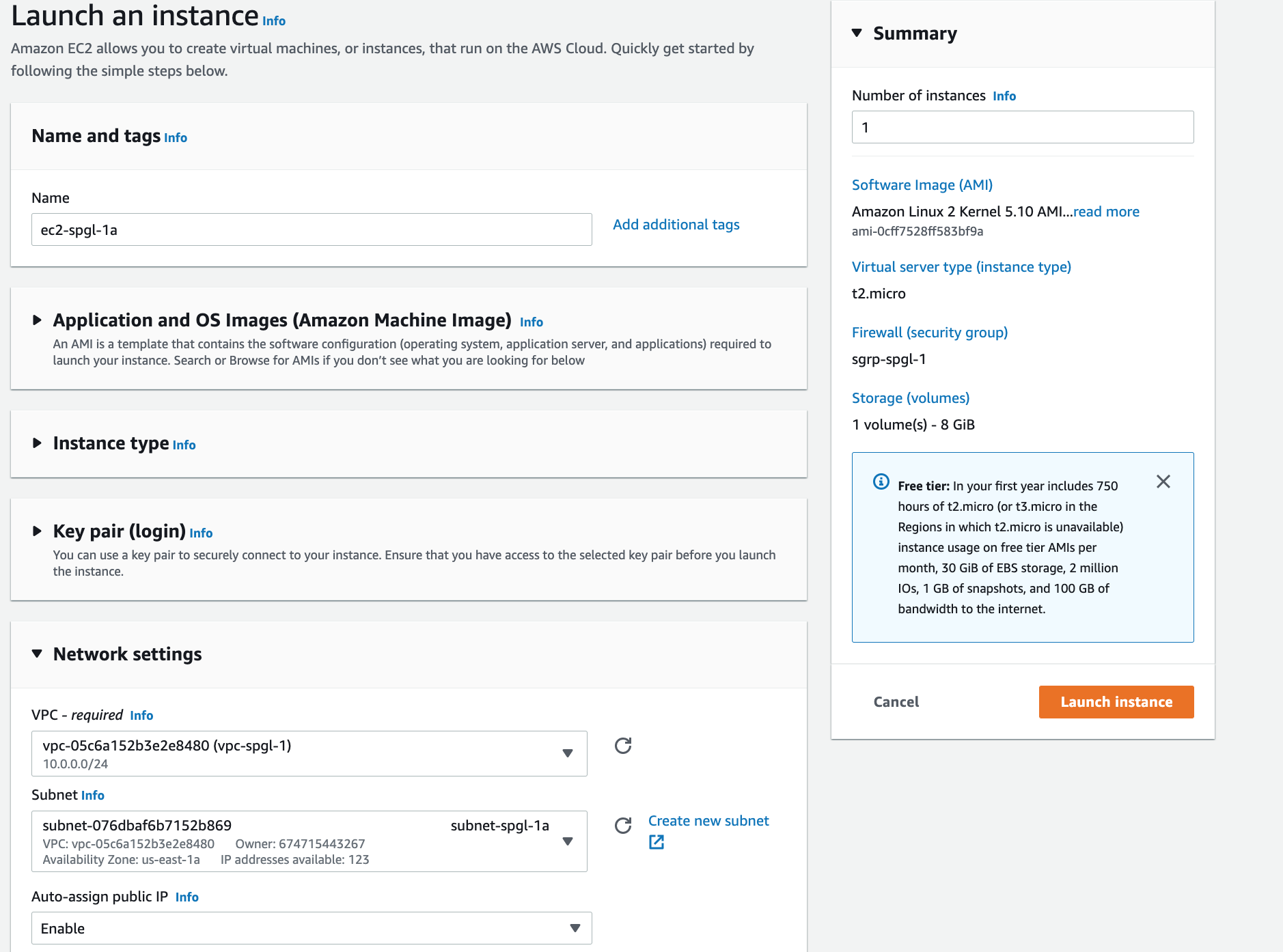 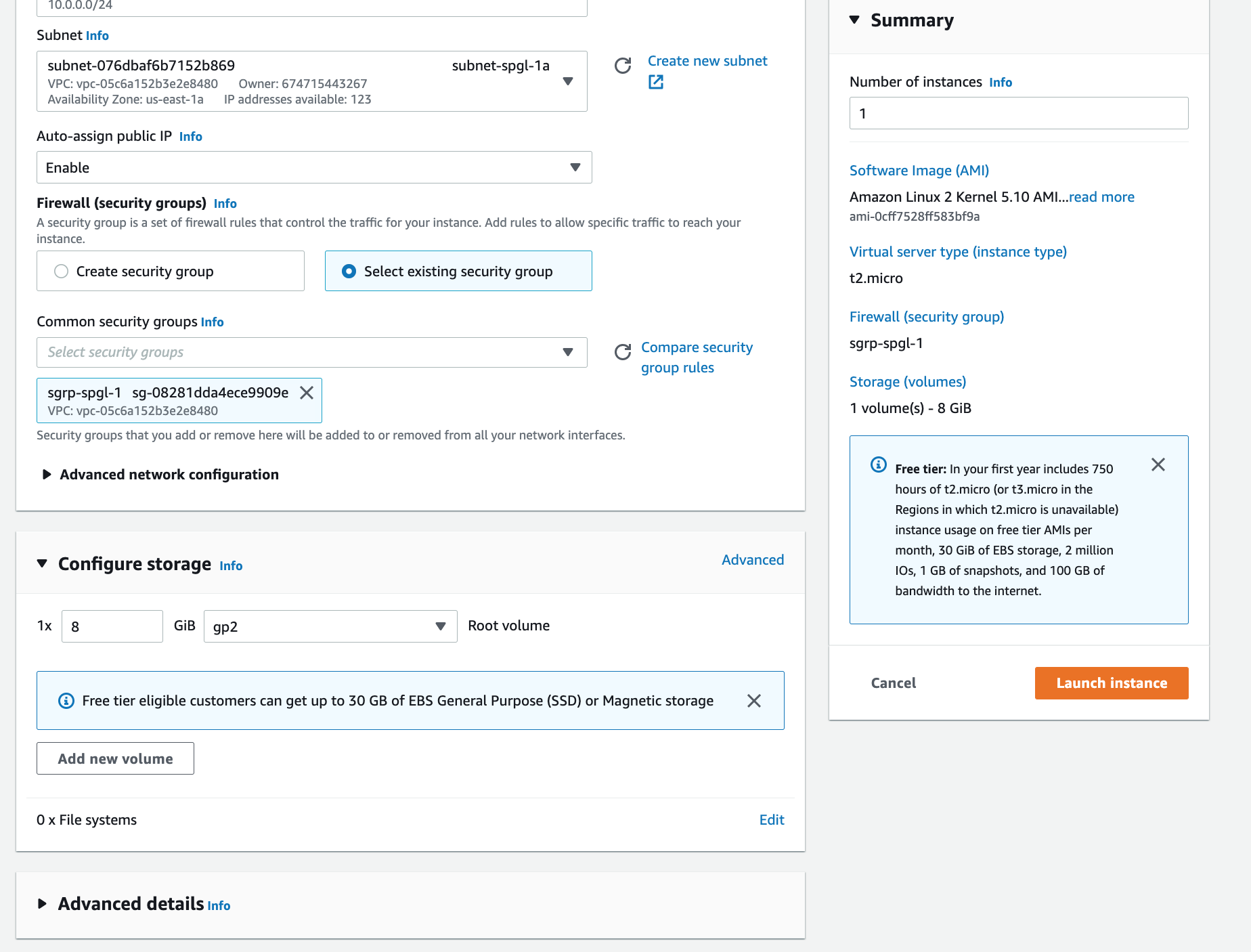 Launching a VPC with Terraform

Now that you understand how a network is assembled step-by-step via the console, let's take it up a notch and launch the same network using Terraform.

Next, the Internet Gateway

Unlike the console, we directly attach the gateway to the VPC.

First, we identify the default route table in our new VPC. Then, we add a route to connect our gateway to bring in internet traffic.

A public and private NACL to protect our subnets

First, create two subnets and associate them with the appropriate NACL.

Launch EC2 instances in your subnet.

Launch an instance in your public subnet. To SSH into your instance, before you launch an instance, generate an SSH keypair using the ssh-keygen command on a NIX terminal, or PUTTY on windows. Paste the contents of the public key into the Terraform variable file or tfvars file like I've done in the code. Refer to the full code library on my github repo.

At this point, you should be able to SSH into your instance with the keypair you attached like this

That's it. Your you now have a VPC to host a web-service or an internal application. You can slice and section your network in many ways, so don't hesitate to customize this set up for your needs.

As always if you have any questions, For questions or suggestions, please DM me @sandeep_gopal